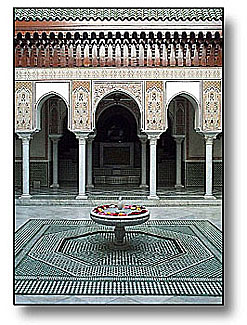 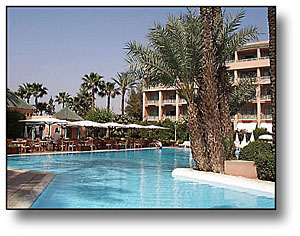 According to legend there has always been a garden and olive grove here at the heart of Marrakech. In the eighteenth century, the Sultans of Marrakech's dynasties moved here and in 1923, Hotel La Mamounia was built. It quickly became regarded as one of the world's finest hotels and was the destination for the Rockefellers, Rothschilds and Rita Haywards of that era. Winston Churchill regarded this his favorite hotel and came here each winter to paint the fabulous gardens from his balcony.

The La Mamounia is a delicate blend of traditional Moorish and Art Deco design that became so popular in Paris and Hollywood in the 30's. (Were they copying the La Mamounia?) The furniture was custom designed for the La Mamounia and each room contains an exact replica of the 'Leleu' armchair. 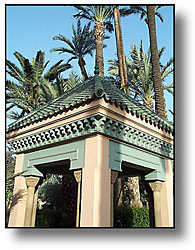 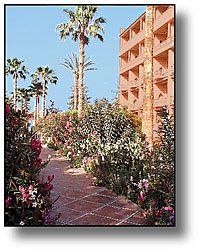 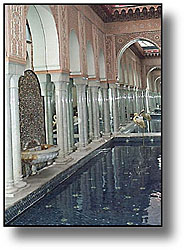